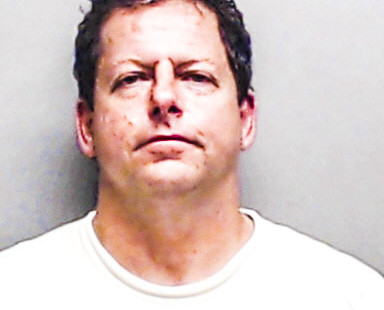 A Hays County judge was recently arrested on suspicion of Driving While Intoxicated (DWI) just north of Kyle, Texas. Judge David Glickler waived his own right to a jury trial and released a statement indicating that following a concert in Austin, he was stopped and arrested for DWI. Although it is early in the process, he confirms that he was not intoxicated and is excited to clear his name in court. Glickler further noted that he hopes the citizens of Hays County can look past this incident and review the work he has been doing and will continue to do in the local courts.

Glickler, 46, was pulled over around 11:30 p.m. and the arresting officer conducted a roadside investigation and interview. Glickler was arrested on suspicion of DWI which is a Class B Misdemeanor. He is currently servicing as a Judge in the Hays County Court at Law #2.

On Saturday night in San Antonio, Texas Paul Daniel Rangel, 48, crashed into San Fernando Cemetery No. 2. Rangel remains in jail with a $50,000 bond and has criminal charges against him for DWI. According county records and the Bexar County District Attorney’s Office, Rangel’s first DWI offense was in 1991 in which he was placed on probation. Fast-forward seven years and Rangel received his second drunk driving arrest and was incarcerated for four months in the county jail. In 2001, he received his third DWI offense which was a felony.

In 2005, he was arrested again and sentenced for the 2001 and 2005 incidences and received four years in the jail. In 2009, Rangel was arrested again and sentenced to six years of jail time but was released in 2013. According to Richard Corpus, the San Fernando Cemetery manager, Rangel drove straight into a headstone just past the fence. Just prior, Rangel lost control of the car and hit another driver.

The San Antonio Archdiocese who supervises this and several other cemeteries has given little thought into reinforcing the chain link fence because it would detract from the cemetery’s aesthetic appeal which dates back to 1921. The cemetery is located on Castroville Road at one of the busiest intersections in the area.

DWI Arrest for Woman with a Child Passenger

According to the Corpus Christi, Texas Police Department, a woman was found passed out in her automobile on Tuesday evening at the 3700 block of Mendenhall Drive, with her daughter in the back seat. The police were notified after a line of vehicles pulled up behind her and she would not move. When officers arrived on the scene, they found her passed out in the driver’s seat with the car running and her seven-year old daughter in the back seat.

Further investigation revealed that 24-year old Brittany Arlene Garcia was drunk driving and immediately arrested. The police charged her with DWI with a child passenger which is considered a jail felony in the State of Texas. Also, a pill was found in the vehicle so she was charged with possession of a controlled substance. The child was released to the father.